Gaming laptops often have short battery lives when it comes to gaming time. Some say this is because they require higher power output while they’re running games (which uses up the laptop’s battery faster). One way to lengthen your gaming time and make sure you don’t run out of power during an intense match is by setting a lower screen brightness level or turning off Bluetooth or wi-fi when not in use.

One of the most important things to do if you want your battery life to last longer is to make sure you turn off any unnecessary processes before shutting down your laptop. You should also try not to use your laptop on a low-quality power supply or wireless connection as this will shorten the battery’s lifespan.

One of the most important things to think about when purchasing a laptop is its battery life. For someone who likes to play video games, it is especially crucial to have long-lasting batteries as there are often long periods without access to electricity and many video games demand high performance from their computers which can drain the battery quickly.

6 Reasons Why Do Gaming Laptops Have Bad Battery Life?

Gaming laptops are designed for high-performance use because the needs of gamers differ from that of a standard user. Gaming laptops need more power-intensive hardware due to the graphics required for video games, and also because they typically have additional features that are rare in normal laptop models such as high-resolution monitors. Let’s take a closer look at the factors why do gaming laptops have bad battery life.

To lose oneself in a game, one needs great sound quality as much as they need good graphics. Sound clarity helps you enjoy all the sound effects that developers put into games to make them more enjoyable and exciting to play. Laptops usually come with speakers that are not always very loud, which can make it difficult to hear audio while using them during games. So, gaming laptops needs heavy and loud speakers and they ultimately consumes more power being louder.

Normal laptops come equipped with an integrated graphics card, which performs many of the same functions as a video card. The laptop’s iGPU can handle everyday tasks such as images, videos, and word processing very well. Integrated graphics cards may cost less money and use less power than a separate, dedicated GPU. Integrated GPUs also generate less heat which in turn allows for longer laptop battery life.

When playing high-demand games such as VR or 4K, having a dedicated graphics card makes all the difference. It can provide smooth gameplay without any hiccups and no frame rate drops. Despite the improvements made with graphics cards, there are drawbacks that come along with them. Not only do they cost more than integrated graphics chipsets, but they also cause an excessive amount of battery drainage and generate an excessive amount of heat which can damage sensitive electronics. So, cutting the long story short, this really causes massive power usage.

Normal laptops often come equipped with low-performance processors from Intel, including the Core i5-6300U and Core i7-3689Y. These processors are designed to be as energy efficient as possible while sacrificing some performance. Power restrictions in these processors will make it hard for you to do more than one thing at once or use demanding software but they will also extend the battery life of your laptop considerably.

Gaming laptops come equipped with lower powered processors such as the Intel Core i7-4700HQ and the Intel Core i9-9980HK. These types of processors are designated by an ‘H’ suffix which stands for high performance. High-performance processors usually have a higher maximum clock time which increases the processing speed and leads to a better overall gaming experience. However, this also results in increased energy consumption, increased heat production, and consequently worse battery life. These processors usually come with more cores – six or eight- which are perfect for multitasking when gaming or streaming on twitch. For example, you can stream and game at the same time without experiencing any adverse effects like lag or freezing screens.

Processors with more cores require more energy for operation than processors with less cores. Consequently, this shortens the battery life of gaming laptops.

Laptops are small devices with limited space in which various components including the motherboard, heat pipes, RAM and other gadgets must fit. Because of this limited space airflow becomes restricted, making it difficult for hot air generated by an overused CPU or GPU to escape. As such, fans need to be installed to improve air circulation and regulate the temperature inside. Normal laptops are equipped with at least one fan; this is due to the fact that they generally only emit heat from a single component, the processor. One slow-spinning fan that operates less often will conserve power and therefore increase the longevity of today’s laptop batteries.

When it comes to gaming laptops, the CPU and GPU generate a lot of heat that needs to be dissipated through fans in order to keep from overheating. If this isn’t done, then you could end up with slowdowns or even crashes during gameplay which would make for an unpleasant experience. To make up for inadequate interior cooling, gaming laptop manufacturers install two or more fast-spinning fans. These spinning fans produce a constant hum and blow hot air out of the machine when it’s running intensive processes such as gaming and processing big data sets.

When batteries are needed to power two or more fans that spin fast and often, battery life will be greatly reduced.

Here’s the great youtube video on why do gaming laptops have bad battery life.

This principle of energy consumption applies to laptop screens. Laptops with bigger screens require more power than those with smaller screens. Since gaming laptops often have high-resolution, larger screen sizes (because gamers want a rich experience), they also have shorter battery lives.

Unlike a regular laptop, gaming laptops offer an improved visual display. They are bigger, have enhanced resolution and higher frame rates – all of which improve the quality of your gameplay. Gaming laptops generally come with a resolution of 1080P and display sizes between 13.3 – 15.6 inches; there are also some high-end gaming laptop models that include 4K resolutions as well as 17.3 inch displays.

Gamers desire higher resolutions because it provides them with sharper, more realistic graphics than low resolutions. They also experience less eye strain and enjoy the game better on a large display. So, gaming laptop makers such as ASUS, Razer and MSI are now coming out with new models of laptops that contain high resolutions along with larger screens for an even greater viewing area.

Multitasking takes more of your laptop’s processing power, and this can cause a lot of heat generation. Closing down programs that you are not using right now will decrease how much strain is placed on your CPU, which will extend battery life as well. This might be the one of the reasons why do gaming laptops have bad battery life.

Gaming laptops run on powerful components, but they also guzzle down battery power quickly. There are a few ways to prolong your laptop’s battery life though. You can push the battery life a bit by following tips.

Gaming laptops usually come with a backlit keyboard for easy use at night or in dimly lit areas. Although this might seem appealing, it actually drains your laptop battery because of its considerable power usage. By turning off the backlight on your laptop’s keyboard, you will save up to 18-20% of your laptop’s charge each time you recharge it.

Your laptop uses more power when you increase the screen brightness. This is because brighter images on your screen are composed of larger pixels, which require more energy than smaller ones do. By lowering the brightness on your laptop screen, you’ll be able to conserve energy and prolong its battery life. If you’re playing games in a dark environment, then you won’t need such a bright display. And because dimmer displays put less strain on the eyes, it will be easier for you to concentrate when working or reading under low light conditions.

Gaming laptops have powerful speakers to give you excellent sound quality but this results in them consuming more energy than average laptop speakers do because it takes more volts and amps for them to produce louder sounds. A good way to increase battery life on your laptop is by adjusting the volume down or turning off the sound altogether. Another option would be using headphones which require less power than speakers do.

4.Switching To Other Power Mode

Switching the laptop’s power source will likely lengthen your battery life. There are four options in Windows 10 – Battery Saver, Battery (Default), Better Performance, and Best Performance. If you want to experience maximum battery life from your laptop, you should consider using the Battery Saver mode. This will limit certain features and cause a significant reduction in screen brightness by 30%. It is important to note that when using this setting, there may be an associated decrease in performance.

Powerful processors, separated GPUs, plenty of cooling fans , high-resolution displays, and bigger speakers are all large contributors to the poor battery life of gaming laptops. When playing video games or completing CPU-intensive tasks, your computer will run more smoothly if it is plugged in rather than running on battery power. It’s because gaming laptops are designed to perform just as well or better than gaming desktops that they sacrifice battery life for power. Tips like lowering brightness and switching or minimizing the volume of the speakers can boosts the battery life.

Why do gaming laptops have bad battery?

Gaming laptops need powerful components such as powerful CPUs and GPUs. These devices can come with an enormous cooling system in order to keep these components from overheating. Gaming laptops also have backlit keyboards and brilliant displays, which require a lot of power to operate. This often leads to reduced battery life because the laptop has to work harder when it’s running these demanding components.

What are the disadvantages of gaming laptops?

One of the disadvantages that come with owning a gaming laptop is limited upgradability. Generally, there are only two things you can upgrade – the hard drive and RAM. However, some laptops rely on MXM modules to power their graphics chips.

Read Also: why gaming monitors are so expensive 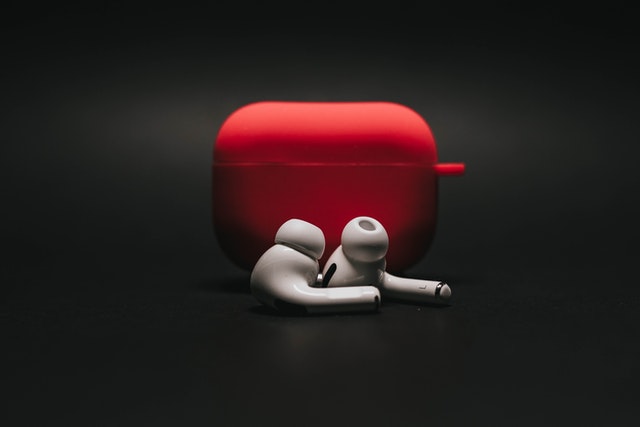